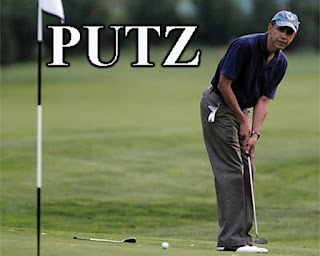 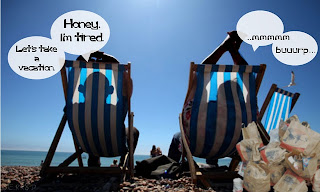 Sorry....but I feel the need to rant.
Once again, there will be no flight suit photo op or “Mission Accomplished” banner for Barack Obama The  ouster of Libyan dictator Muammar Qadhafi  represents yet another military victory for a president long cast as a gun-shy liberal uncomfortable with the use of force. But while Obama has claimed credit for his individual successes — and has mentioned the  killing of Osama bin Laden  at campaign events — he has never fully embraced the role of a president at war.


Despite defining moments that include the NATO-led air assault on Libya, the decision to increase troop strength in Afghanistan and the daring special forces raid that killed bin Laden, Obama and his advisers still appear almost resigned to the fact that it will be the economy, not his national security record, that defines his presidency and his fight for reelection.
Well frikkn' duhhhh......

“The big picture with President Obama is that he demonstrates that a civilian without military experience can be an exceptional commander in chief,” said former Nebraska Sen. Bob Kerrey, a Democrat who served on the 9/11 Commission.

Not a chance in Hell asshat

But Kerrey, a Vietnam veteran and Medal of Honor recipient, noted that Obama “doesn’t particularly define himself as a war president because he’s trying to shift attention to issues that are, in the long term, a lot more important

Like destroying the economy, small business, the housing market, the definition of traditional marriage to start a short list.

Obama’s  statement Monday on the collapse of the Qadhafi regime was a case in point. The president applauded the efforts of the Libyan people, but declined to plant the rhetorical equivalent of an American flag on Tripoli and repeatedly emphasized that the situation there remained “fluid.”

All that means is he is saving the flag planting for the all out reelection campaign and the statement about the situation being fluid is cover his sorry ass until the game has played
itself out and he can find a position to make himself the center of attention.

Addressing reporters on Martha’s Vineyard, White House spokesman Josh Earnest refused even to say if the president’s approach to Libya had been vindicated, insisting that he wasn’t going to “play political pundit and sort of assess the winners and losers here.”
The closest thing to a White House victory lap came from National Security Council official Ben Rhodes, who told POLITICO that the latest turn of events in North Africa “reinforces that the approach we took on Libya was the right one.”

Kind of contradictory there asshole.

The situation in Libya was often described as a stalemate, but Rhodes said the U.S.-NATO mission effectively made “time work against Qadhafi,” with the deadlocked struggle gradually shifting in the direction of the Libyan rebellion.


“We have a strong record across the board, whether it is taking the fight to Al Qaeda, taking on Osama bin Laden, winding down the war in Iraq, turning the corner in Afghanistan and helping lead an international effort to prevent a massacre in Libya and to support the Libyan people as they brought an end to the Qadhafi regime,” Rhodes said.
He continued: “This is one more piece of a record that he has been building on national security that makes a very strong case about his ability to keep the American people safe and advance our interests around the world.”
That’s a case that Democrats acknowledge — with some frustration — hasn’t been made as aggressively as they think it could have been over the past two years

Our military is taking the fight to Al Qaeda, even with the assine restricive rules of engagement you have tied them down with. The war in Iraq has not winding down you unbearable asses, you have just pulled more troops out of an increacingly unstable region after telling our enemies that you would. Do not get me started on your little Libyan adventure, and last but not least you record on national security is a sham no wonder why every time the Golfer in Cheif opens his mouth we all smell wet ass.
Posted by Boilerdoc at Tuesday, August 23, 2011