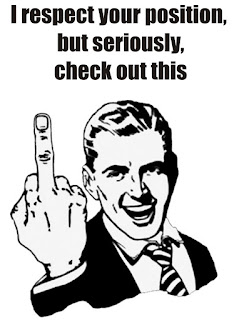 Jon Huntsman's appearance on ABC's "This Week," is winning applause from one of the two major political parties. It's not the one Huntsman's hoping to represent as its nominee for president.
The Democratic National Committee just blasted out a greatest-hits reel from Huntsman's Sunday show appearance, wherein the former Utah governor criticized Rick Perry for being anti-science, Michele Bachmann for being unserious about the economy and Mitt Romney for being a flip-flopper.
The DNC subject line: "Don't take our word for it ..." A sample of the offerings:
JON HUNTSMAN ON HIS REPUBLICAN RIVALS
Huntsman Said The Rest Of The GOP Field Had “Zero Substance” And Were “Too Far To The Right.” Huntsman on ABC’s This Week: “We have people on the Republican side too far to the right. We have zero substance. We have no good ideas that are being circulated or talking about that allow the country to get back on its feet economically so we begin creating jobs.”


Huntsman Said He Would Not Trust His Opponents With The Economy Because They Would Have Allowed The Country To Default. When asked by Jake Tapper, “Would you trust a President Bachmann to do the right thing with the economy?” Huntsman replied, “I wouldn't necessarily trust any of my opponents who are on the recent debate stage with me when every single one of them would have allowed this country to default.”
Huntsman Said The Republican Party Has “A Serious Problem” In Becoming “The Anti-Science Party.” On ABC’s This Week, Huntsman said: “I think there's a serious problem. The minute the Republican Party becomes the party, the anti-science party, we have a huge problem. We lose a whole lot of people, who would otherwise allow us to win the election in 2012 when we take a position that isn't willing to embrace evolution, we take a position that basically runs counter to what 100 to 900 climate scientists have said with what the national academy of science has said. What is causing climate change and man's contribution to it. We find ourselves on the wrong side of science and therefore in a losing position.”
Huntsman Said “We’d Be Here All Afternoon” To Talk About Romney’s Flip-Flops. On ABC’s This Week, Huntsman said, “If we talk about inconsistencies and change on various issues, we'd be here all afternoon.”
Huntsman has worked his way back into the 2012 conversation over the last week by attacking the right wing of his own party. What he hasn't done is show there's actually a Republican constituency that wants that kind of candidate, and with Huntsman spinning his wheels in the polls, there's very little down side for Democrats in embracing his rhetoric
When the DNC starts to sing your praises you know that you have just jumped the shark....
Posted at Politico
Posted by Boilerdoc at Monday, August 22, 2011