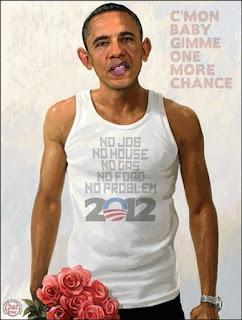 Remembering the terrorist attacks of Sept. 11, President Barack Obama called for national unity in his weekly address Saturday.
Just two weeks ahead of the tenth anniversary of the attacks in New York and Washington, the president said it’s not too soon to remember “how the worst terrorist attack in American history brought out the best in the American people.”

Obama urged Americans to take part in national service projects to mark the anniversary, pointing them to the website serve.gov as a way of getting engaged.
After Sept. 11, Obama said, “We were united, and the outpouring of generosity and compassion reminded us that in times of challenge, we Americans move forward together, as one people.

“In the days and weeks ahead, folks across the country — in all 50 states — will come together, in their communities and neighborhoods, to honor the victims of Sept. 11 and to reaffirm the strength of our nation with acts of service and charity,” he continued. “Even the smallest act of service, the simplest act of kindness, is a way to honor those we lost; a way to reclaim that spirit of unity that followed Sept. 11.”
The president also said he and first lady Michelle Obama would participate in a “local service project as well,” but he didn’t specify what that project would be

The anniversary also marks nearly a decade since U.S. forces began fighting in Afghanistan, a conflict that Obama touched on briefly in his Saturday remarks.
“On this 10th anniversary, we still face great challenges as a nation. We’re emerging from the worst economic crisis in our lifetimes. We’re taking the fight to Al Qaeda, ending the war in Iraq and starting to bring our troops home from Afghanistan,” Obama said.
He added: “Let’s show that the sense of common purpose that we need in America doesn’t have to be a fleeting moment; It can be a lasting virtue — not just on one day, but everyday.”
Obama cut short his family vacation in Martha’s Vineyard and returned to Washington late Friday as Hurricane Irene bore down on the East Coast. He did not mention Hurricane Irene in his weekly address, according to prepared remarks.
Remember folks the BrownMao wants us to honor 9/11 by going out and work for the state. Posted over at Politico
Posted by Boilerdoc at Sunday, August 28, 2011