Maxine Waters AKA " the comcast turtle " is racist? 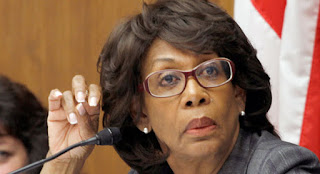 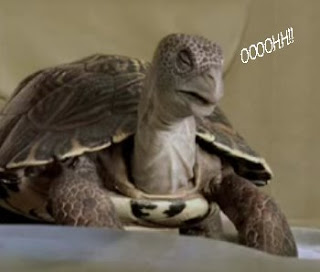 "I'm not afraid of anybody. ... And as far as I'm concerned, the tea party can go straight to hell." -- Rep. Maxine Waters, D-Calif.
Waters' list of insults, vulgarities and blame-whitey scapegoating easily makes her the Al Sharpton of Congress.
Waters once said of the then-sitting president: "I would like to ... say ... very clearly that I believe George (H.W.) Bush is a racist." She routinely refers to the Republican Party as "the enemy." She also referred to Republican former Los Angeles Mayor Richard Riordan as a "plantation owner."
She called the 1992 Los Angeles riots a "rebellion," and bellowed, "No justice, no peace!" She defended looters: "There were mothers who took this as an opportunity to take some milk, to take some bread, to take some shoes. Maybe they shouldn't have done it, but the atmosphere was such that they did it. They are not crooks." Waters said: "One lady said her children didn't have any shoes. She just saw those shoes there, a chance for all of her children to have new shoes. Goddamn it! It was such a tear-jerker. I might have gone in and taken them for her myself."
In 1973, the former Black Panther Joanne Chesimard shot and killed a New Jersey state trooper. Found guilty of murder and sentenced to life in prison, Chesimard escaped from a New Jersey penitentiary and fled to Cuba . Congress passed a resolution urging Castro to extradite her to this country. But Waters wrote Castro a letter, urging him to keep the "persecuted ... political activist" and likened the cop killer to Martin Luther King, since Chesimard had been "persecuted for her civil rights work"!
Waters wrote a foreword for a book, "Dark Alliance," that accused the CIA of playing a prominent role in the Los Angeles area drug trade. Never mind that practically every major newspaper -- The New York Times, the Los Angeles Times, and The Washington Post -- all examined and rejected the charge. She even pressured former CIA director John Deutch into coming to Los Angeles to explain the CIA's alleged role. During a town hall meeting, Waters bellowed, "If I never do anything else in this career as a member of Congress, I am going to make somebody pay for what they have done to my community and to my people!"
Waters' concern for the drug epidemic affecting "my people" apparently begins and ends with town hall meetings. In the '90s, a joint federal and local Houston DEA task force pursued cocaine-dealing allegations of James Prince, a childhood friend of Maxine Waters' husband. Waters wrote a letter to then-Attorney General Janet Reno calling the investigation racially motivated, and demanded an end to the probe. She succeeded. This infuriated local DEA agents, one of whom later publicly stated: "The Justice Department in Washington turned their backs on a good agent and a good investigation. It appears the object was to get them to stop their investigation, and it appears that worked."
Waters rarely sees a white officer/black suspect encounter she cannot turn into a racial episode. In the Los Angeles suburb of Inglewood, a white police officer slammed a black youth on his car and later punched the youth because, according to the officer, the teen grabbed the officer's genitals.
Why, shades of Rodney King, according to Waters, who said: "I don't see white police officers slamming the heads of little white boys into police cars. I haven't seen them abusing white males. What I see is white police officers abusing black males, and young black males particularly. Yes, I believe it's racially motivated." Note: Inglewood, a town of over 100,000 people, consists of nearly all black and Hispanic residents. This automatically makes any white officer involved in a scuffle with practically any Inglewood suspect a target of accusations of racial discrimination and police brutality.
The congresswoman can dish it out, but what happens when people fight back? When an anonymous letter claimed that the Los Angeles Police Commission president, at a meeting, called her a "bitch," Waters went ballistic. She unsuccessfully demanded his resignation: "If it is all right for the Police Commission president to call a congresswoman a bitch, is it all right for police officers on the street to call women bitches?"
Waters currently faces an investigation by the House ethics committee. She phoned then-Treasury Secretary Henry Paulson in 2008, asking his office to meet with minority bank owners. He complied. But most of the bankers in attendance were from OneUnited Bank -- a bank in which Waters' husband owned shares and on whose board he once served. OneUnited asked for a special bailout, and three months later, it received $12 million. The basis of the House ethics inquiry is why Waters failed to disclose to Paulson her personal financial interest in the bank bailout.

Waters' tea party attack once again exposes her as one of the most racist, hateful and vulgar members of Congress -- prompting Republican presidential candidate Rick Santorum to call her "vile." He was far too kind.
Posted by Boilerdoc at Thursday, August 25, 2011