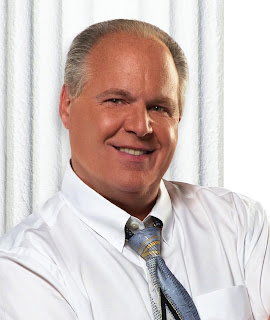 Rush Limbaugh has rejected an advertiser’s apparent attempt to reunite with his show after the company initially dropped its ads from the program following his remarks about contraception advocate Sandra Fluke.
The company, Sleep Train, calls itself “the No. 1 Bedding Specialist on the West Coast, and most recognized mattress retailer in the region.”
In an email to Sleep Train President Dale Carlsen, a representative of the show says that Limbaugh personally considered the company’s request, but denied it considering its public comments following the controversy.
“Thank you for your requests last week and this week to restart your voiced endorsement in local markets of The Rush Limbaugh Show,” the email begins. “Rush received your requests personally.”
“Unfortunately, your public comments were not well received by our audience, and did not accurately portray either Rush Limbaugh’s character or the intent of his remarks. Thus, we regret to inform you that Rush will be unable to endorse Sleep Train in the future.
“Rush appreciates your long friendship and your past support, and we wish you good luck in the future.”
Last Friday, Sleep Train was vocal in its rejection of Limbaugh.
“As a diverse company, Sleep Train does not condone such negative comments directed toward any person,” the company said in a statement. “We have currently pulled our ads with Rush Limbaugh.”
According to the Washington Post, which tells the story of how the advertiser and Limbaugh started their relationship, Sleep Train had been an advertiser with Limbaugh for over 25 years. Last week, the Post noted how the company had only suspended its ads, not fully dropped the conservative commentator as a retail spokesperson. And while that may have left the door open for a reunion, that has now been rejected by Limbaugh.
“It’s a business decision, and it’s theirs alone to make,” Limbaugh said Monday morning regarding companies who had pulled ads. “They‘ve decided that they don’t want you anymore or your business.” On Wednesday, he also noted the media was misleading the public about the number of advertisers who had dropped the show.
“We’ll replace them,” he assured his audience.

Posted over at  The Blaze

It will only be a matter of time until the new focus is on how Rush is rejecting the poor
advertisers who want to buy air time.
Posted by Boilerdoc at Friday, March 09, 2012