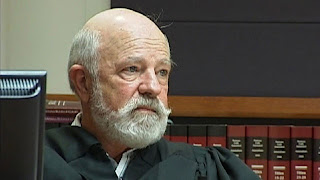 (CNN) -- A Montana judge seeking re-election next year is facing calls to step down immediately after handing down a 30-day sentence to a teacher who admitted raping a 14-year-old student.

Petitions calling for Baugh's resignation flooded the Internet this week after he passed up a chance to impose a tough sentence on Stacey Dean Rambold, a former high school teacher.
The teen, who was 14 when Rambold had a sexual relationship with her in 2008, committed suicide in 2010, as the case made its way through the courts.
After her death, prosecutors offered to dismiss the charges if Rambold admitted to one charge of rape, completed a sex offender treatment program and met other requirements.


Prosecutors asked for a 20-year sentence with 10 years suspended, court documents show. But the judge followed the recommendation of the defense, which called for a sentence of 15 years, with all but 30 days suspended.
The mother of the teen, Auliea Hanlon, called the short sentence for Rambold a "travesty."
Hanlon said she was particularly upset that Baugh said her daughter "seemed older than her chronological age" and was "as much in control of the situation" as the teacher.
Baugh apologized on Wednesday.
"I made some references to the victim's age and control," he told KTVQ. "I'm not sure just what I was attempting to say at that point, but it didn't come out correct. What I said was demeaning to all women, not what I believe in and irrelevant to the sentencing."
About the sentencing itself, Baugh said he would file an addendum to the case file to "better explain" his rationale.
Full story
Posted by Boilerdoc at Saturday, August 31, 2013