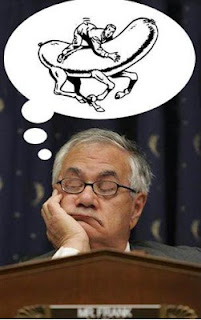 The 72-year-old congressman tried to keep the details of the private ceremony under wraps, but managed to drop enough clues to tip off the media.
Governor Patrick officiated the wedding.
Former House Speaker Nancy Pelosi, Rep. Al Green, Rep. Jim McGovern, and others were seen arriving at the Newton Marriott Saturday evening.
“This is an opportunity for them to do what so many others have been free to do for years and years in this country,” Rep. Al Green told WBZ-TV.
Ready, 42, lives in Ogunquit, Maine and runs a small business that does custom awnings, carpentry, painting, welding and other services; he is also a photographer.
Rep. Frank has represented the Fourth District of Massachusetts in the United States Congress since 1981, and he previously served in the Massachusetts House for eight years.
Frank is retiring after this term. Friends say it’s a new chapter for the congressman.
“This is just a day to celebrate. This is a wonderful marriage, two great people. I’m just thrilled to be here,” Rep. McGovern said.
I'm sick and tired of this being pushed on us as " normal "
Posted by Boilerdoc at Sunday, July 08, 2012